The studies we’ll review are:

In an earlier blog post, we covered the January Barometer in great detail. This Barometer takes the month of January and stretches the pattern out to the entire year. This follows the stock market wisdom that “As goes January, so goes the year”.

This year looked like a Trainwreck, and oh, how wrecked the train has become. Even the most modest of predictions based on the January Barometer suggested this was going to be a bearish year for stocks.

As you can see, the S&P500 is following the January Barometer closely, and if it keeps up this similarity, the market wants a counter-trend rally into the end of the year.

In another blog posted at TRi, we looked at the Decennial pattern, an indicator that Warren Buffett loves to use, and an accurate long-term look at markets. The Decennial pattern shows an average of previous years ending in the same number.

This year showed the same trainwreck start as the January barometer, with a bottoming into July-August, another higher low in October, and a rally into the end of the year.

Here’s how the S&P 500 has followed this study so far.

If this study continues to be accurate (or close to it), then this also suggests a counter-trend-rally into the end of the year, and a substantial one at that.

Now we come to the most interesting study of the year. The midterm election year seasonal cycle pattern. Elections are a pivotal market point, with powers shifting from one side to another or establishing strength on a single side. Either way, the market often moves into these levels and then pivots around them.

Here is how the S&P500 followed the Midterm Election study this year. Since we are in the 2nd year of a new democratic president in the US, we are looking closely at the blue dotted line. 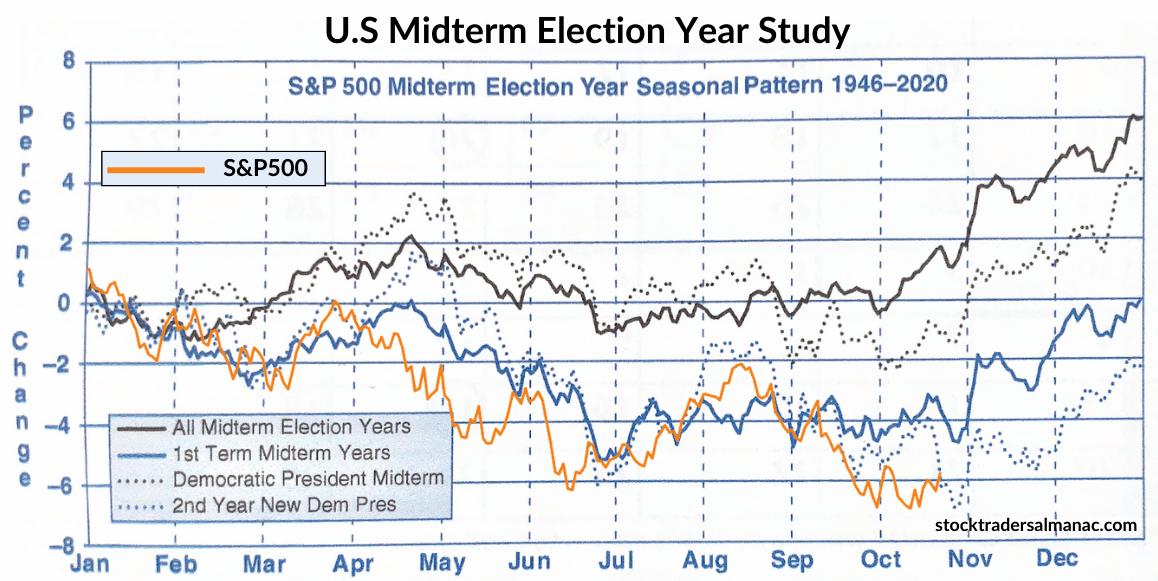 The Election cycle study this year suggested a low in July-August, matching the previous studies. However, it differed in the low of October. The Midterm Election seasonal pattern suggested that the low in Oct-Nov would break the previous low and only reverse after it’s done.

In the S&P500, this is what happened. The break was not as violent as the study suggested, but it still broke.

Now heading into the end of the year, this study also suggests a counter-trend-rally. 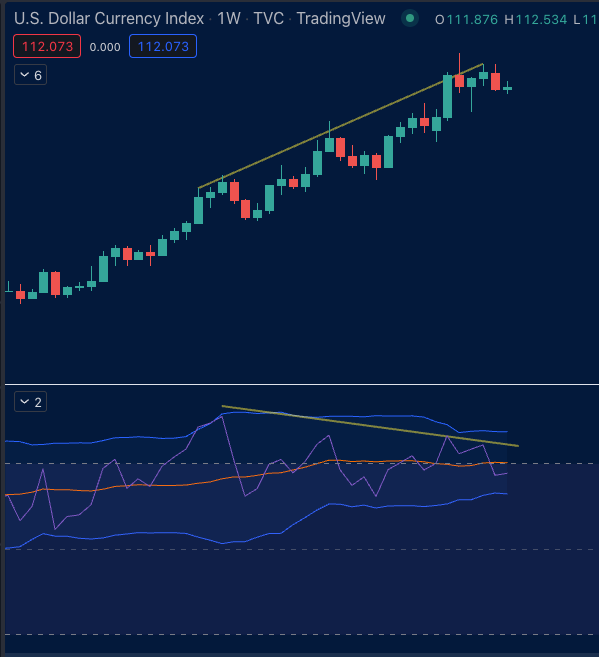 Seasonality suggests that the stock market should start to get stronger here. October 28th is the day S&P 500 begins a seasonal strong window - ending May 5th.

As you may have noticed from many of those charts, the rallies in these markets would only take us into heavy resistance zones. Heading into the end of the year, we could reach these 38.2 – 50% levels (First stop to Gann, also known as Colin’s Dump Chaser zone). With the overall economy weakening, interest rates slowly moving up, and inflation still very high, this end-of-year rally could spell disaster into the new year.

Remember, next year is 2023, a Benner cycle low year where Benner suggests you should buy stocks because of their low prices. This all leads us to believe that any count-trend rally into the end of the year will fizzle out, and the down-trend will continue into 2023.

As always, follow your plan, play from a position of strength, remember the two rules of TRi, and above all, make sure you survive to play the game again tomorrow.