How These 3 Studies Forecasted the End-of-Year Rally (What's Next?)

We are coming to the end of the year, and the markets have closely followed the three studies we outlined in the last blog.

These are the studies that predicted the end-of-year rally.

All suggested we would see a counter-trend rally into the end of the year, and so far, these studies have been stunningly accurate.

The Breadth and Histogram confirmed this message, providing a killer trade on the DOW Jones Industrial. Here's how you can use the Histogram and Dynamic Breadth together to help you as a trader. 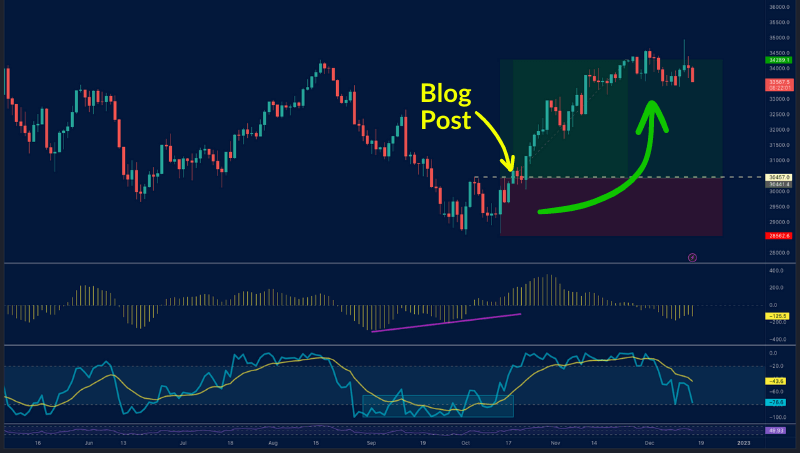 The last blog also pointed out strong divergences forming on the DXY (U.S. Dollar Currency Index); if those divergences played out, that would also support a rally in equity markets.

As the DXY turned over, strength came back into the equity markets. Let’s look at how each of the studies played out exactly: 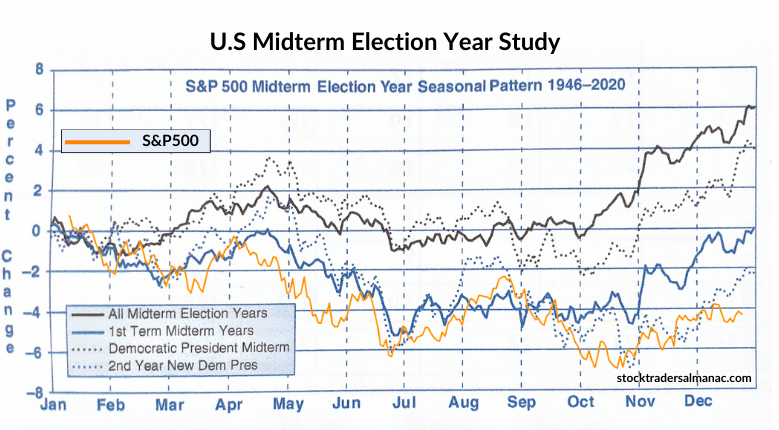 Brian posted this study on Twitter expecting a bullish outcome for the S&P500, with perhaps a liquidity hunt to the downside as the Midterm Election Year Study suggested.
https://twitter.com/CRInvestor/status/1582222382013775873/photo/1

Here was the outcome of that post in the S&P500. As the study suggested, there were a couple more stabs below the low to stop out anyone who was early and to get people short, then a sharp rally on the other side heading into the end of the year. 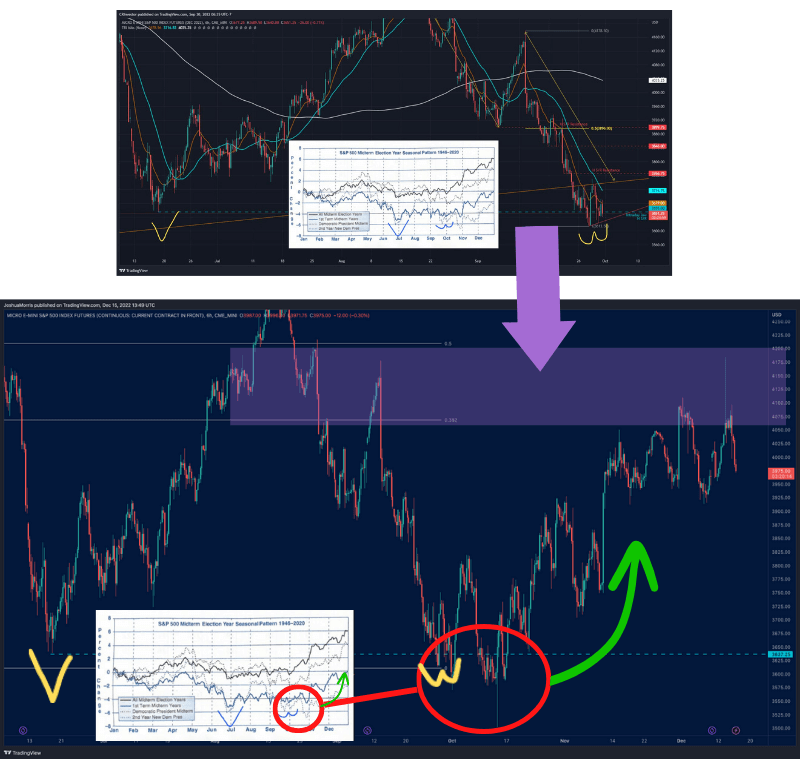 When this counter-trend rally runs out, perhaps through a muted “Santa-clause” rally, we can expect only one thing on the other side. We are still in a long-term bearish pattern, and with the current macro market outlook, all signs point lower in 2023. There may be another final push into the end of the year.

Next year is a Benner Cycle Low year. This is a year that Samuel Benner suggests stocks, goods, and ‘corner lots’ are cheap. As we pointed out in the last blog post, any end-of-year rallies that happen expect to fizzle out as the downtrend continues into 2023. 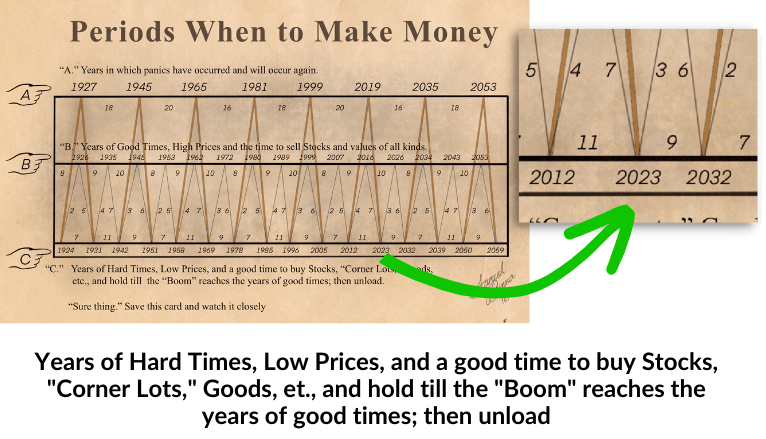 Looking at the 2023 Decennial pattern, we can see that most years suggest sideways action. Some slightly to the upside and some to the downside, with 1933 as an exception, ending heavily to the upside.

This study suggests that 2023 will start rocky and sideways, with a strong downtrend later in the year to mark the Benner Cycle low and a rally toward the end. 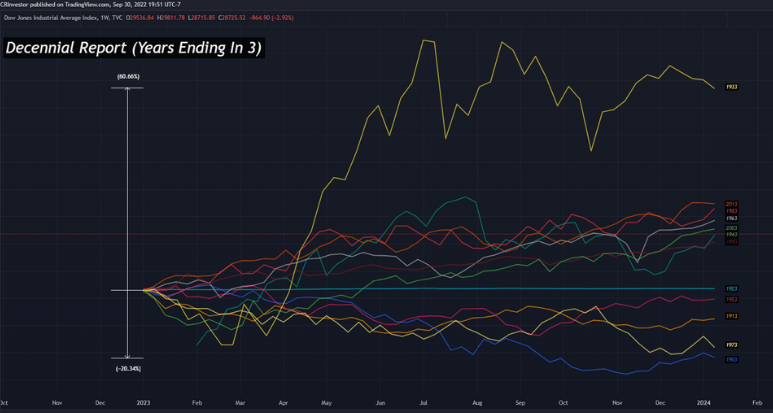 Remember to follow your plan, play from a position of strength, and practice patience, discipline, and PMA (Positive Mental Attitude).

Post your thoughts, questions, or ideas on these studies in the comments below. We love hearing from you! #pma4tw